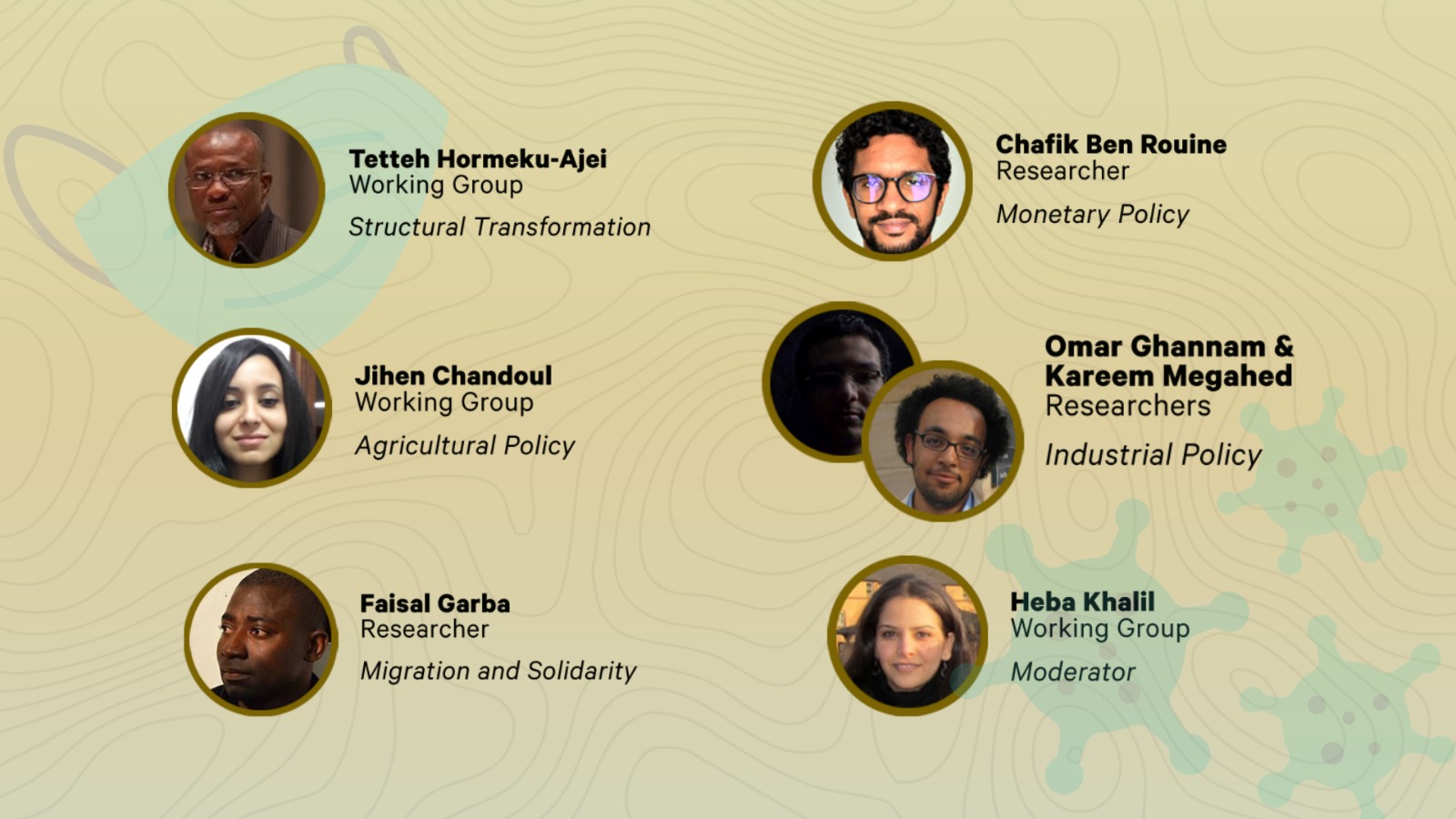 The novel coronavirus and its related economic fallout reveal fundamental issues that have persisted across the continent since colonialism: an externally-oriented economy focused on exporting raw materials, weakened domestic productive capacity, and constrained policy sovereignty. As activists and policymakers alike search for responses to COVID-19 and its multiple crises, Post-Colonialisms Today (PCT) seeks to bolster this effort by recovering lessons from the early post-independence era across Africa.

The early post-independence period saw the development and implementation of  progressive public policy as well as popular mobilization across the continent. Lessons below such as the importance of securing domestic food production; shoring up industrial capacity; and orienting central banking for development; all resonate from this era to today.

The active, interventionist role that the state has played during the COVID-19 crisis in Africa has been urgently necessary but directly contradicts decades of neoliberal “free market’ orthodoxy, Tetteh Hormeku-Ajei (Third World Network-Africa, PCT Working Group) noted in the first presentation. He detailed how African states were compelled, during the crisis, to pull away from a “market-centric” framework and begin directing the private sector, for example to manufacture PPE. However, their scope was limited as domestic productive capacity and state institutions were already weakened by years of neoliberal market ideology, which has roots in a colonial structure that sought to maintain the global North’s access to African primary commodities. These COVID-19 initiatives speak to early post-independence projects , in which the state was given a central role as governments worked to reorganize society after years of colonial rule. In the area of health, for example, the hospitals built post-independence are often still the primary hospitals used during COVID-19, after years of disinvestment. State-run pharmaceutical companies also actively sought to draw from traditional medicine. All of this was backed by a central understanding of many African post-independence governments that the wealth generated by their primary commodities must be invested and redirected into transforming the economy, through mechanisms like extension services, building polytechnic institutes and scholarship schemes, and massive infrastructure projects.

As COVID-19 has massively disrupted global supply chains, the structures of food dependency in Africa have become even more apparent, as Jihen Chandoul (Tunisian Observatory of Economy, PCT Working Group) detailed in her remarks. This affected African economies on multiple levels: economies structured around exporting cash crops had their sources of income disrupted, and their imports of essential processed foods were similarly disrupted. Chandoul points to early post-independence attempts to foster food self-sufficiency, focusing on feeding their own populations and developing their productive capacities to process foods, as part of a broader economic project to also create good agricultural jobs. She points to not only the neoliberal disruption of these projects in the 80s and 90s by structural adjustment, but also the more insidious replacement of notions of food self-sufficiency or food sovereignty, with  the limited idea of “food security,” which de-emphasizes the transformation of agricultural production within countries.

Kareem Megahed and Omar Ghannam (Social Justice Platform, PCT Researchers) dissected the industrialization project in Egypt under Gamel Abdel Nasser, which hold lessons for the fight against COVID-19. The effort for comprehensive structural transformation included pharmaceutical industries, which, for example, grew massively under Nasser as part of an overall process of increasing chemical industries, which saw a fourfold growth in employment and a 700% increase in gross value added between 1952 and 1967. This period also saw a significant reduction in reliance on importation (which previous speakers noted the dangers of), with the domestic production ratio of total supply increasing from 50% to over 60% in 15 years. The speakers also emphasized womens’ economic empowerment under Nasser, detailing how the comparative losses under neoliberalism have left many women economically dependent and trapped in abusive household situations under lockdown. The speakers emphasized the importance of central planning from production to provision, which would have ensured during COVID-19 that Egypt could have produced the materials and strengthened the infrastructure needed to fight the virus, and that working-class Egyptians would have access to public sector resources. Instead, after decades of neoliberalism, a majority of hospital beds in the country are now owned by the private sector and inaccessible to most Egyptians.

Emphasizing the important developmentalist role that central banks can play, Chafik Ben Rouine (Tunisian Observatory of Economy, PCT Researcher) detailed fiscal approaches to undertake the structural transformation necessary to confront the COVID-19 crisis. He details tools like introducing flexible capital controls which reduce reliance on international refinancing sources, or differentiating interest rates between sectors in a way that underscores development goals (such as lowering rates for agriculture and increasing them for luxury goods). Ben Rouine dissects an almost-forgotten early post-independence approach of building public development banks, which act as a financial arm of the state to finance long-term development projects. The design of development projects can also be altered to rely less on massive flows of capital and short-term return on investment, which often pressure governments towards loans from international financial institutions. However, external financing will always be needed, and loan conditions from the IMF and World Bank have had disastrous effects in the past. To confront this, Ben Rouine suggested accelerating the development of an African Monetary Fund, pointing to past attempts to create regional bodies like the Arab Monetary Fund or Asian Development bank, especially the introduction of “bilateral swap agreements,” which create agreements between countries to have access to currencies during crises as an alternative to the IMF..

Faisal Garba (University of Cape Town, PCT Researcher) detailed the impacts of COVID-19 on the social fabric of South Africa, which has seen an increase in xenophobia. Migrants have also been hard-hit due to isolation and the lack of familial networks in-country to support them during the crisis. He contrasted this with his research on anti-colonial unity in Ghana and Tanzania, which counteracted the colonial “divide and rule” strategy to create united fronts for liberation. This often underscored the early post-independence notion that the category of “citizen” was derived more broadly from “existence in the public sphere,” rather than a certain ethnic identity. This unity also came from a recognition that migration is integral to livelihood structures across the continent. However, there are contradictions between sub-regional protocols that allow for free movement and establishing businesses, and national legislatures that restrict sections of the economy to national citizens. Garba emphasized that this unity is even more important during COVID-19 as creating excluded classes and depriving them of resources simply lets the virus grow even faster in these communities, in turn threatening society as a whole.

Taken together, this panel unpacked how COVID-19 highlights the fundamental challenge of externally-oriented economies in Africa,  and the stranglehold of neoliberalism,  which has withheld the tools for transformation. The Post-Colonialisms Today project emphasizes the value of looking towards the early post-independence era for policy lessons and inspiration to be recovered and adapted for today. The “Lessons from the Decolonization Era” series continued with sessions on policies for natural resource sovereignty, analysis of the global political economy, and transformative industrialization approaches.