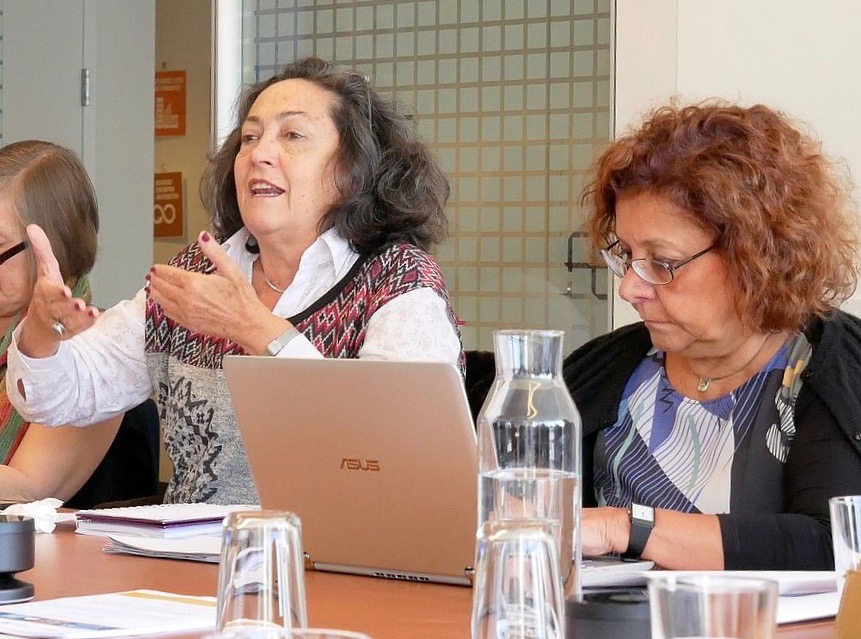 The Gender and Trade Coalition (GTC) launch and side event at the 63rd UN Commission on the Status of Women (CSW63) were anchored by a two-day strategy meeting. The meeting was attended by GTC members and the interim working group of organisations that had been steering the Coalition since its inception at CSW62, together representing Africa, Asia, Europe, Latin America, and Pacific. Participants collectively mapped the contemporary landscape of trade advocacy, drawing attention to how the mutating models of capitalist accumulation due to the growing digital economy and financialization of daily life is reshaping women’s economic realities. Drawing from this analysis, participants developed a collective advocacy timeline for 2019 that included engagements at the World Trade Organisation Public Forum, International Association for Feminist Economics, UN Economic Commission for Latin America and the Caribbean, and Beijing+25.

Participants also constructed and adopted a governance structure that outlined rules around membership and coordination, through which a 14-person Steering Group was constituted in May 2019 for a three year term, co-chaired by African Women’s Development and Communications Network, Latin America Gender and Trade Network, and Regions Refocus.
Join the GTC by endorsing our Unity Statement here, email us to join our mailing list, connect with us on Twitter, or read more about our work at www.gendertradecoalition.org.