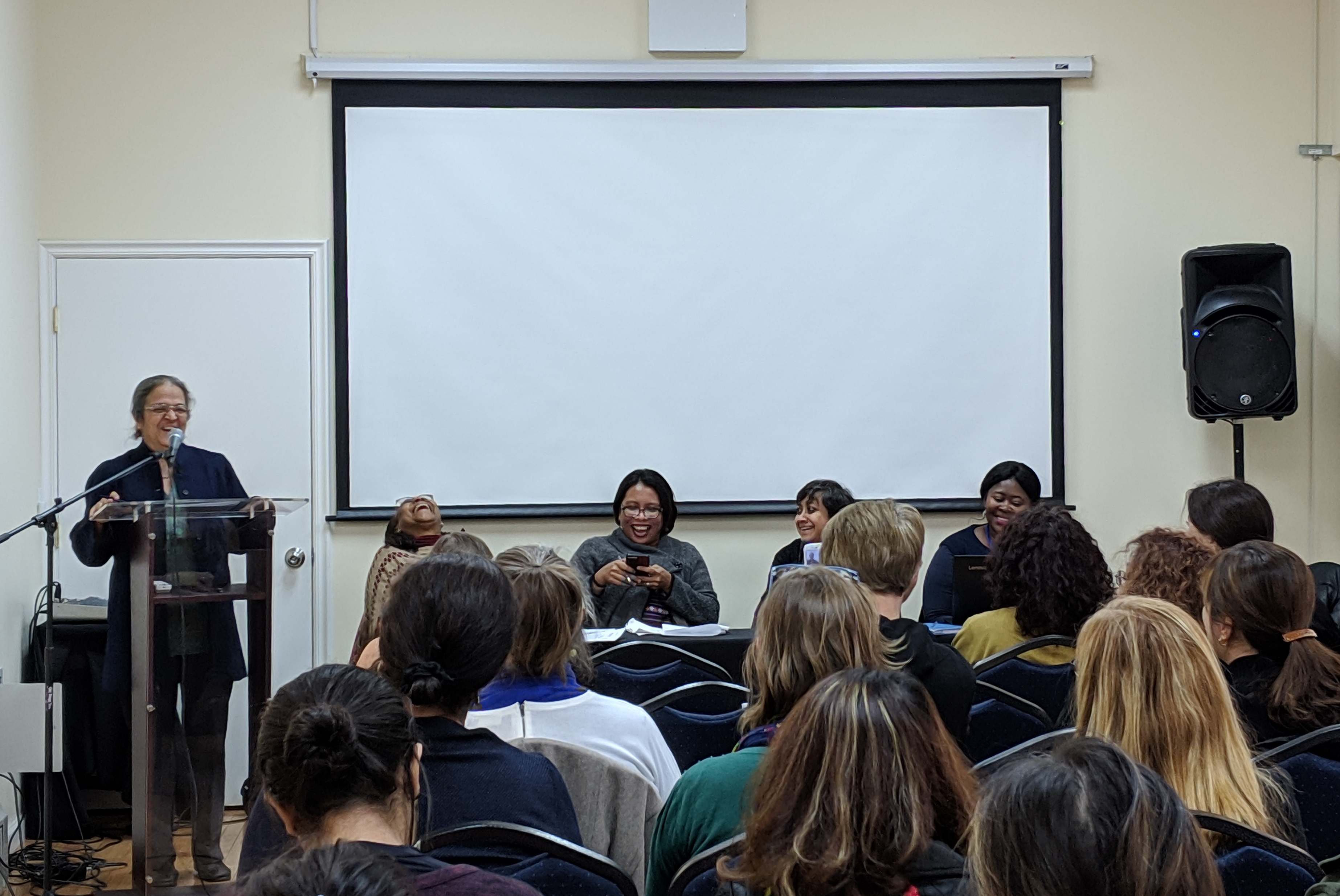 The Gender and Trade Coalition (GTC) was officially launched in March 2019 at the 63rd UN Commission on the Status of Women (CSW63), one year after it was initiated at a think meeting on the margins of CSW62. Speakers Michelle Maziwisa (FEMNET), Gita Sen (DAWN), Ranja Sengupta (TWN), Mariama Williams (The South Centre), and Cristina Palabay (APWLD) historicised and introduced the coalition to an audience of over 100. Gita Sen spoke to the legacy of the International Gender and Trade Network (IGTN), a coalition of feminist groups that mobilized in 1999 around some of the earliest analysis on the intersections of gender and trade. Mariama Williams noted much of this history has been eroded with the emerging interest of global institutions in gender. Organizations like the WTO are adopting the language of gender equality to mask continued efforts to open and deregulate markets in the global South for Northern corporate capture. In contrast with the IGTN’s struggle to expand the global trade agenda to recognize gender, the GTC is in the position of fighting this instrumentalization of women’s rights as a tool for liberalization.

These themes were carried through at the GTC side event, ‘Ensuring Gender Just Trade: Challenges and Ways Forward,’ convened in partnership with the United Nations Conference on Trade and Development (UNCTAD). The discussions at this panel between Mariama Williams (The South Centre), Isabelle Durant (UNCTAD), Sheba Tejani (The New School), and Sanam Amin (APWLD) imagined an expansive notion of gender justice that reflects the totality of women’s lived experiences and highlighted the need to interrogate contemporary policy initiatives by asking which women they include, within what parameters, and towards what end. The GTC launch and side event were anchored by a two-day strategy meeting.
Join the GTC by endorsing our Unity Statement here, email us to join our mailing list, connect with us on Twitter, or read more about our work at www.gendertradecoalition.org.