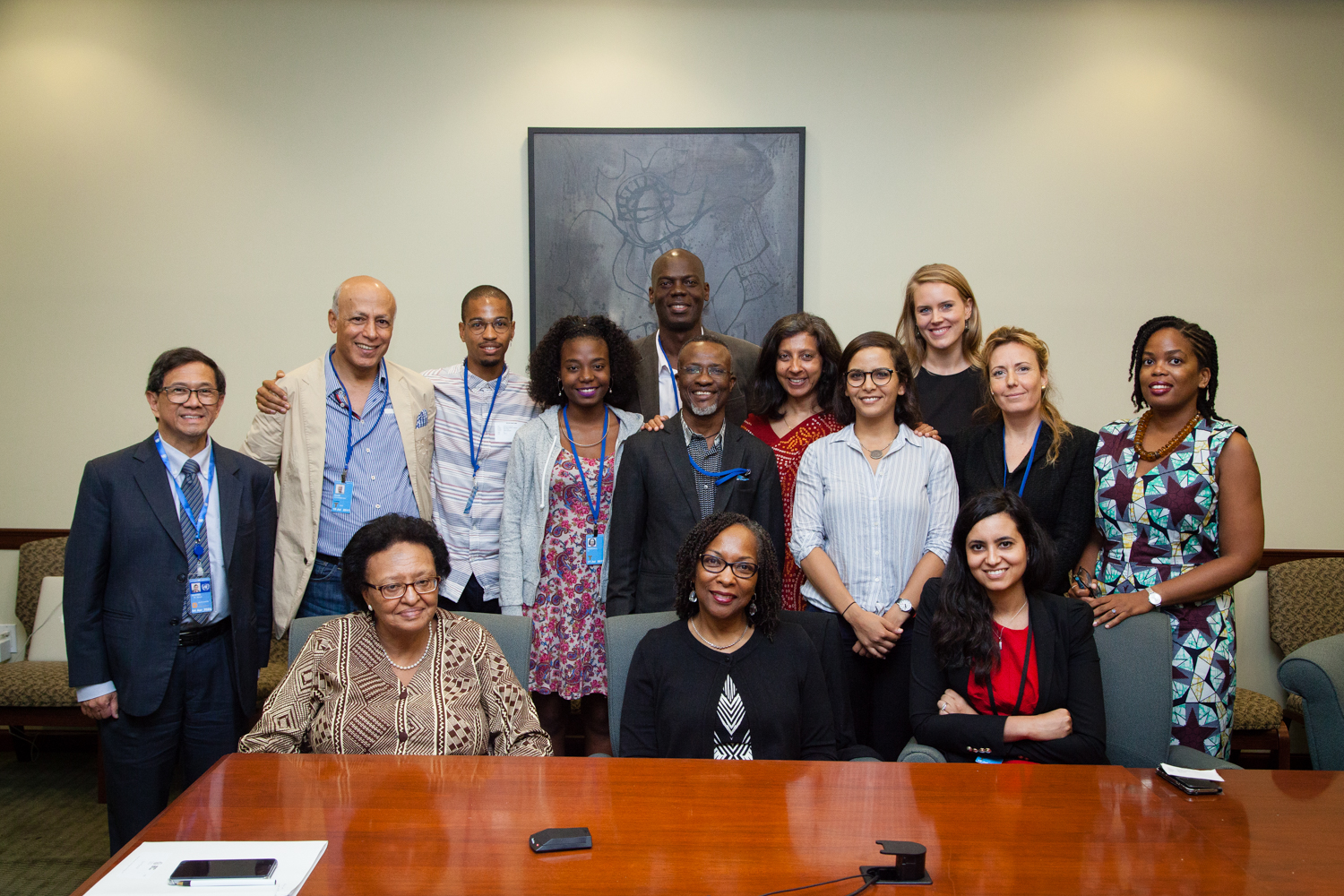 The exchange began with a government luncheon dialogue, co-organized with the Permanent Mission of Jamaica to the UN, featuring presentations of regional policy proposals on climate change, agriculture, fiscal policy, and trade. Following the presentations were keynotes by Alicia Bárcena, Executive Secretary of the UN Economic Commission for Latin America and the Caribbean, and Ambassador E. Courtenay Rattray, Permanent Representative of Jamaica. Informal, facilitated dialogue followed at several government-civil society roundtables over lunch. After the luncheon, CRE participants connected with other civil society organizations through joint briefings and strategizing during the HLPF itself.

Alongside the presentations, a series of cross-regional interviews were filmed to delve in-depth into the policy proposals and compare African and Caribbean experiences.

Following several days of engaging with governments, UN representatives, and civil society, participants in the African-Caribbean CRE retreated with Regions Refocus for a two-day think meeting. After dedicated sessions to workshop each of the five papers, participants identified strategies to move the work forward, both emerging from the heterodox and feminist policy papers and creating new collaborations within and across the regions. Other key topics of discussion included the political opportunities and limitations of the SDG arena as a space for influencing governments nationally and in intergovernmental fora; climate finance and gender; regionally-specific feminist political economy; and participatory fiscal governance, debt, and follow-ups to recent work on trade and structural economic transformation. Participants also explored further cross-regional collaboration on gender and trade, which then culminated in the formation of the Gender and Trade Coalition in 2018.Finally, CRE participants also provided feedback on Regions Refocus’ projects, helping to cross-pollinate our Post-Colonialisms Today initiative, envision potential linkages in the Caribbean, and plan for the Summer School on Heterodox Economics hosted by the UN Economic Commission for Latin America and the Caribbean, which organized a special week-long session for Regions Refocus allies.