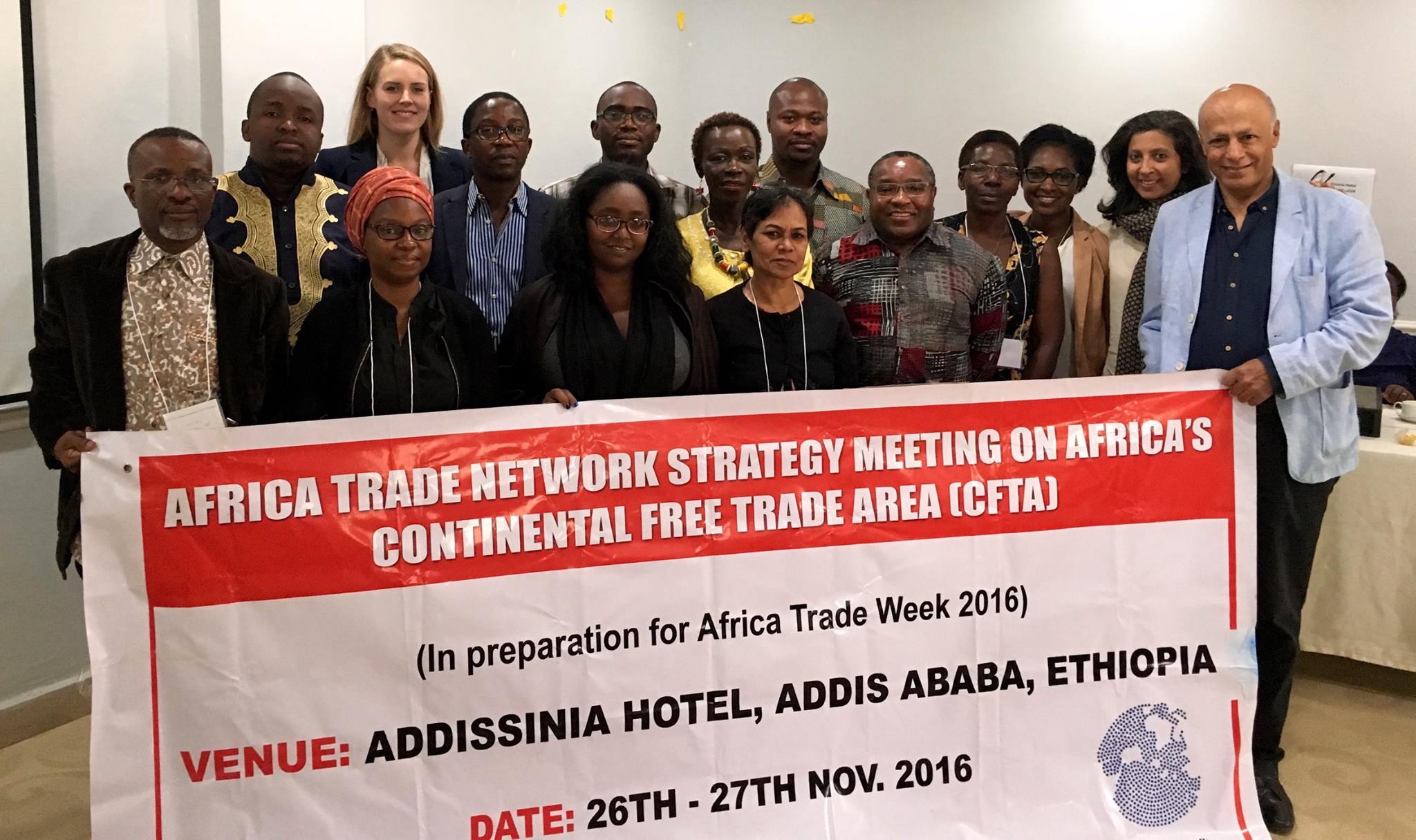 In advance of Africa Trade Week and the Continental Free Trade Area (CFTA) seminar organized by the UN Economic Commission for Africa (ECA) and the Africa Union Commission (AUC), Africa Trade Network, in collaboration with Regions Refocus, convened African civil society organisations to discuss the CFTA’s methods of increasing trade within the continent and its compatibility with the imperative of transforming Africa’s subordinate position in the global economic system.

Participants decried the general exclusion of civil society from the CFTA process, which in turn, appeared to focus on the ambitious and aggressive elimination of tariffs and the deregulation of services, with little regard for the different needs and capacities of the different countries and socio-economic constituencies on the continent. This approach contrasts with measures outlined in the Boosting Intra-African Trade program, adopted alongside the launch of the CFTA, which seeks at least some basic measures to protect and bolster the continent’s productive capacity. The emphasis on tariff elimination and deregulation also runs counter to the perspectives and concerns outlined by trade union representatives, farmers, traders, domestic producers, and women’s groups—segments of society which have borne the brunt of trade liberalization in the past.

The discussions were channeled into a sharp statement (English, French) critiquing the failures of thirty years of so-called “free” market policies. The statement noted that recent economic crises have served to highlight, once again, the untenable situation of African countries due to their dependence on primary commodity exports—a situation inherited from their colonial past and reinforced by decades of neoliberal free market policies. Participants emphasised that in order for the CFTA to address this imbalance, it must depart from the one-size-fits-all approaches of the structural adjustment era.

The statement lays out immediate demands regarding provisions to build domestic productive capacity, sequence liberalization measures, and guarantee transparency and inclusion for civil society. Participants built significant momentum around their concerns after the meeting through press and outreach efforts, which resulted in a further 85 organizations signing onto the statement. Participants further cemented a common discourse for their policy advocacy by detailing which regional and national government actors to address, developing templates to facilitate a unified approach, and planning further analysis and inquiry into the topic through, for example, a paper on agricultural transformation which would become a chapter in Reimagining Regionalism.

Towards an Equitable and Transformative Continental Free Trade Area: A Heterodox and Feminist Approach