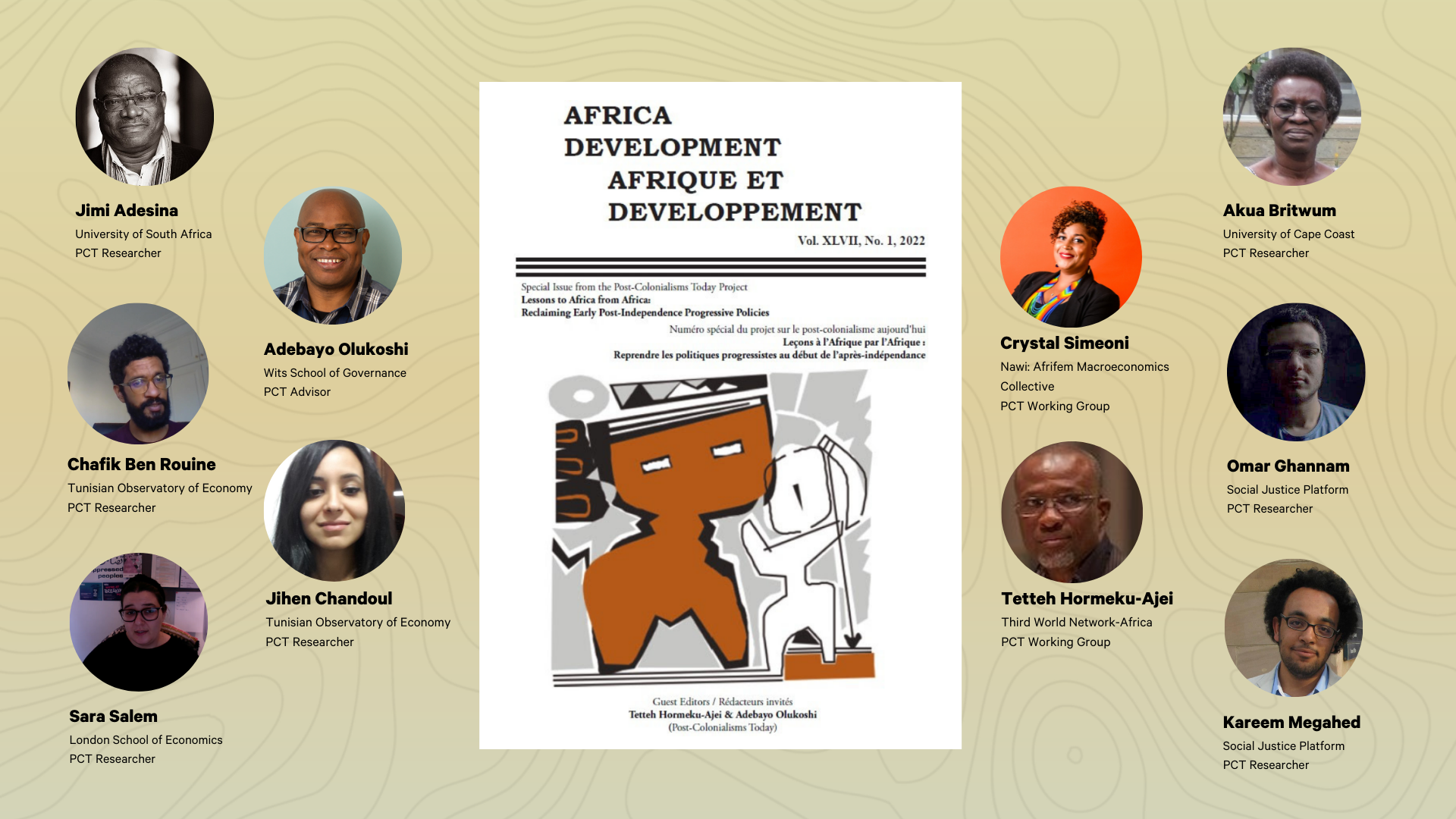 One week after the publication launch, the virtual reading group brought the Post-Colonialisms Today community together in conversation with the wider public to collectively unpack Lessons to Africa from Africa: Reclaiming Early Post-Independence Progressive Policies. After a multi-year research and publishing journey, the project working group, advisors, and authors relished the opportunity to engage in lively discussions with activists, policymakers, and academics around their findings.

The opening remarks were followed by three parallel discussion groups, each anchored by two authors and a discussant. With simultaneous interpretation into French, we aimed to include a wide community of participants.

In their concluding remarks, working group members Adebayo Olukoshi, Tetteh Hormeku-Ajei, and Jihen Chandoul emphasised that the launch of Lessons to Africa from Africa is not just the conclusion of a multi-year research process, but also the starting-point of a process of advocacy and community building.