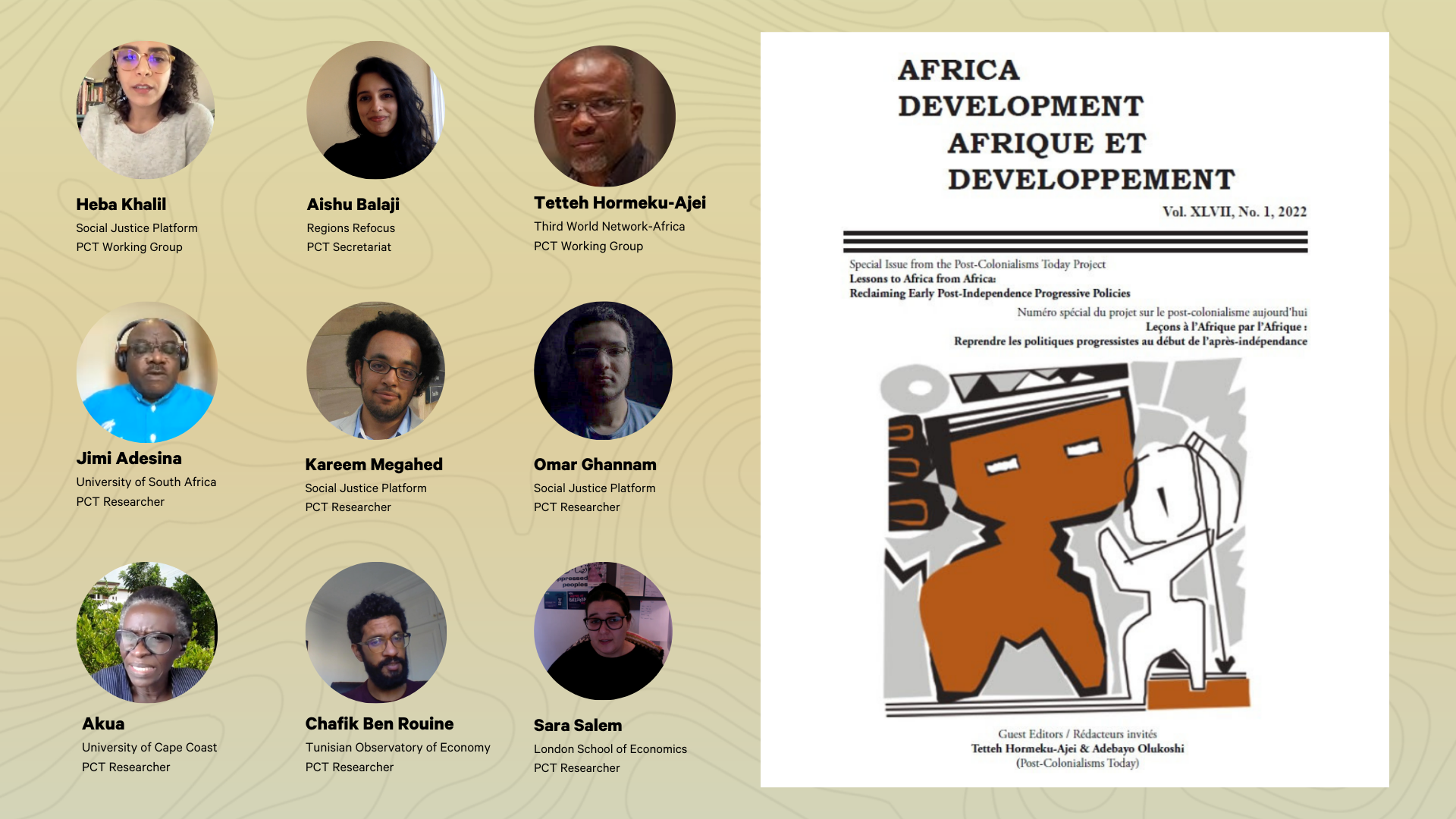 This first day of the two-day launch brought together the authors, project working group, secretariat, and advisors to speak to the goal of the collection—to build African policy alternatives to neoliberalism around issues like industrialization, international solidarity, delinking from colonial currency, and more.

Tetteh Hormeku-Ajei, as co-guest editor of the publication, introduced the thesis underlying the collection: the policies and thinking of early post-independence African governments hold profound insights for our contemporary struggles against neoliberalism.

Jimi Adesina unpacked his research on the post-colonial imaginings of Léopold Sédar Senghor, Julius Nyerere, and Kwame Nkrumah, and their varied and overlapping approaches to socialism, pan-African unity, nationhood, economic development, epistemology, and democracy. He makes a case for African policy thinking on the continent to maintain its sovereignty of thought to break free from the universal, market-based prescriptions that now dominate under neoliberalism.

Kareem Megahed and Omar Ghannam introduced their article on the successes and limitations of policy interventions to industrialize Egypt’s post-independence economy, including planning and import-substitution-industrialization. Lessons for the contemporary period include the importance of central planning and economic self-sufficiency, and the pitfalls of incrementalism.

Akua O. Britwum spoke about her research on development planning in early post-independence Ghana and Tanzania, which stands in stark contrast to the contemporary neoliberal subsumption of African economies to market forces. Lessons from her article include the importance of de-linking national economies from the global capitalist political economy and development planning that links all sectors of the economy.

Chafik Ben Rouine unpacked how the hegemonic neoliberal model of central banking works to undermine African agency and development in the present day, and derives lessons from Tunisia’s efforts to decolonise their monetary institutions in the early post-independence period to mobilize resources to facilitate their post-independence agrarian reform agenda and industrialisation plans.