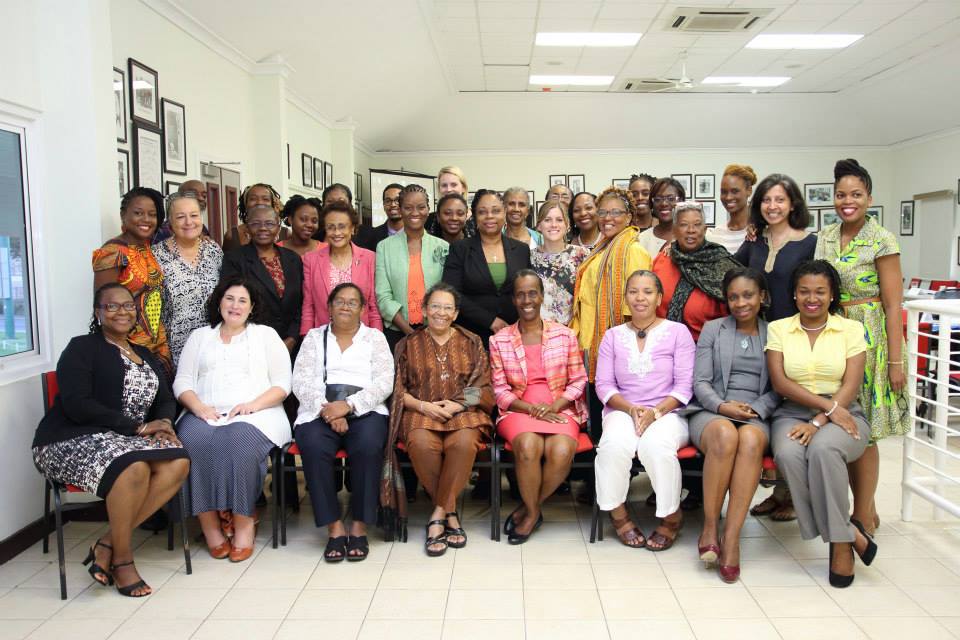 By dissecting global structures and frameworks, especially the Sustainable Development Goals, this convening gave space for participants to reimagine development paradigms on Caribbean terms and build a transformative, “people-centered” agenda. Co-convened by the Institute for Gender and Development Studies (IGDS): Nita Barrow Unit at University of West Indies (UWI) at Cave Hill, Barbados and Regions Refocus, this meeting brought together forty representatives of finance, economic affairs, planning, and gender ministries, regional organizations, UN agencies and international organizations, civil society, and academia. Participants worked together to build relationships and catalyze action towards progressive, gender-sensitive economic and environmental policy initiatives. Responding to their region’s need for equitable development and their exclusion from international policy fora (especially since the 1990s), participants offered their response to the dominant development paradigm and strategized for solidarity within the Caribbean. Regional integration was highlighted as a key step that “used to be an idea, but is now a necessity” to break away from exploitative global systems.

Topics of discussion were wide-ranging and interconnected, ranging from climate justice to the role of services in the regional economy. Fiscal policy was highlighted as one area where governments must retain control in the face of crushing debt and pressure from the global North to open markets. Democratization of fiscal policy was presented as a tactic with structural impact, one that already had found some success in the region (for example, with participatory budgeting). Discussions also touched on concrete examples of country-level successes for economic transformation, such as Jamaica’s strategies for sustained civil society and government engagement, St. Lucia’s participatory fiscal dialogue, and Barbados’ subsidies to solar energy. Participants agreed to further document these case studies and cross-fertilizing best practices within the region.

Participants appreciated the space provided by the session to go beyond discussions of “nitty-gritty” sectoral policy issues to reimagine development paradigms and economic transformation more broadly. In addition to forming sub-groups and follow-up teams, participants committed to building a stronger regional framework with a revived CARICOM capable of addressing regional issues on equitable terms. Within civil society, participants sought to create new partnerships to access global finance, of which the region had only been able to secure a fraction due in part to “weak or non-fundable” projects. To build on the analysis of this meeting, a direct follow-up was held the next year: Caribbean Partnerships II.

Institute for Gender and Development Studies