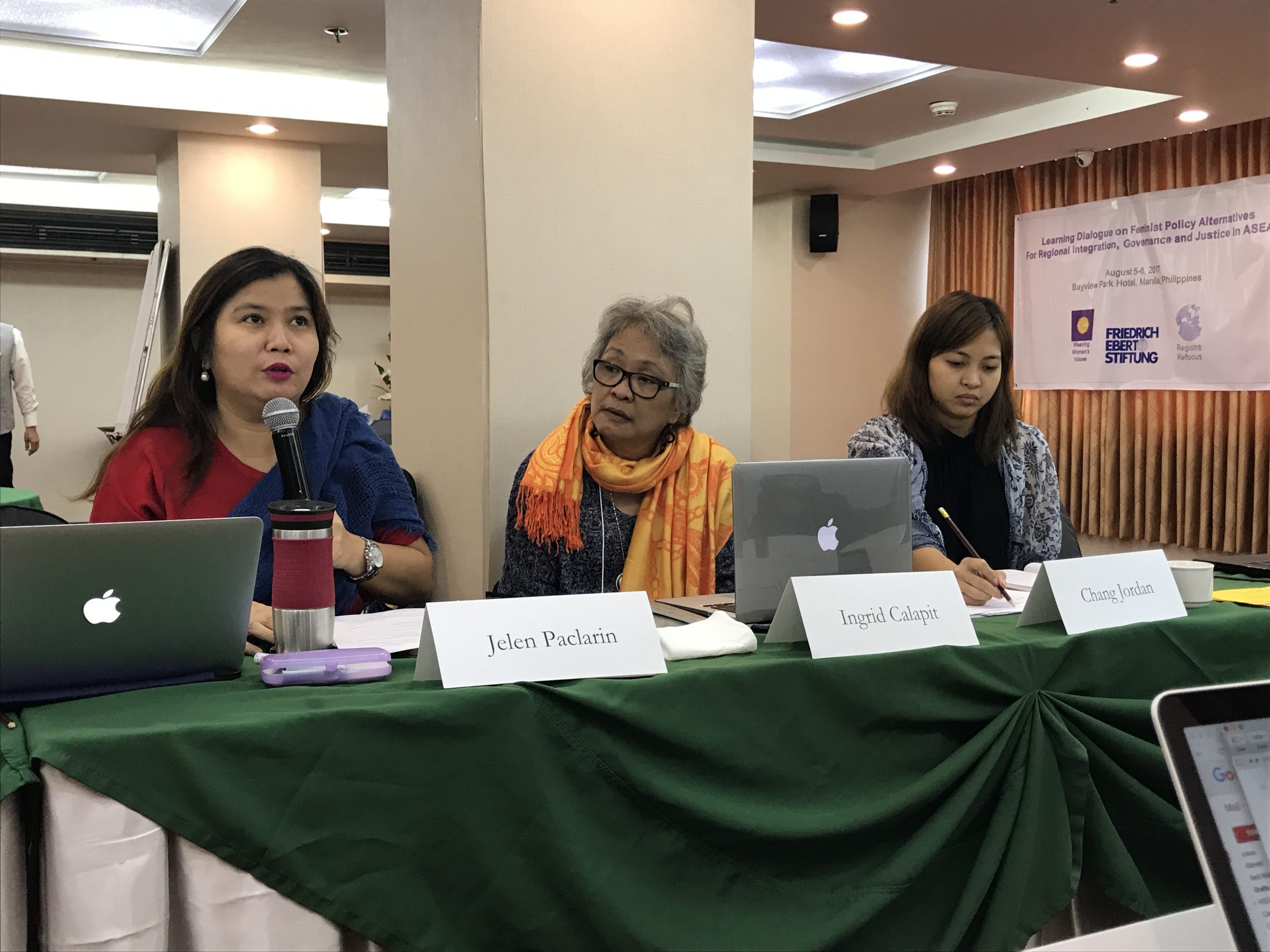 This 2-day regional learning dialogue sought to bolster feminist analysis of the ASEAN Economic Community’s neoliberal economic agenda, co-constructed by Weaving Women’s Voices in Southeast Asia (WEAVE) and Regions Refocus. The session focused on the ASEAN Community Vision 2025 framework intended to guide ASEAN between 2015 and 2025, which contains scant reference to gender equality and human rights. Participants from women’s rights organizations, academia, trade unions, government, and civil society cultivated an analysis that centered the economic and social realities of women, workers, and marginalized groups, particularly as they relate to the ASEAN Economic Community (AEC).

There is dissonance in perceptions, expectations, and aspirations between social sectors and nations within ASEAN. The prevailing vision of economic integration, however, is currently rooted in a male-centered, capitalist system of efficiency and profit maximization, with little regard for human rights or the ensuing stress on the community, individual, and families. For example, rapid liberalization in several ASEAN countries severely curtailed the growth of social protection systems, dismantling social safety nets that would ideally absorb the disproportionate impact on women and marginalized people. Similarly, new electronic trade information exchange techniques place undue burden on local producers to rely on traders, increasing costs for small and medium enterprises—disproportionately affecting women producers as they often work on a smaller scale.

Dispelling the myth of economics as gender-neutral, the dialogue also aimed to shift the framing of women from “victims” to agents of political change who contribute to economies and families. Participants evaluated the AEC as a space to exchange between each other and influence domestic policies to integrate gender into a regional economic justice agenda.

At the conclusion of the dialogue, participants created nationally-specific work plans that identified priority issues, strategies, and the support they needed to achieve policy change. Insights from the Learning Dialogue were consolidated with a follow-up session later that year, “Strengthening Women’s Rights Advocacy in ASEAN.”