Caribbean Contextualization of the Post-Cotonou Negotiations 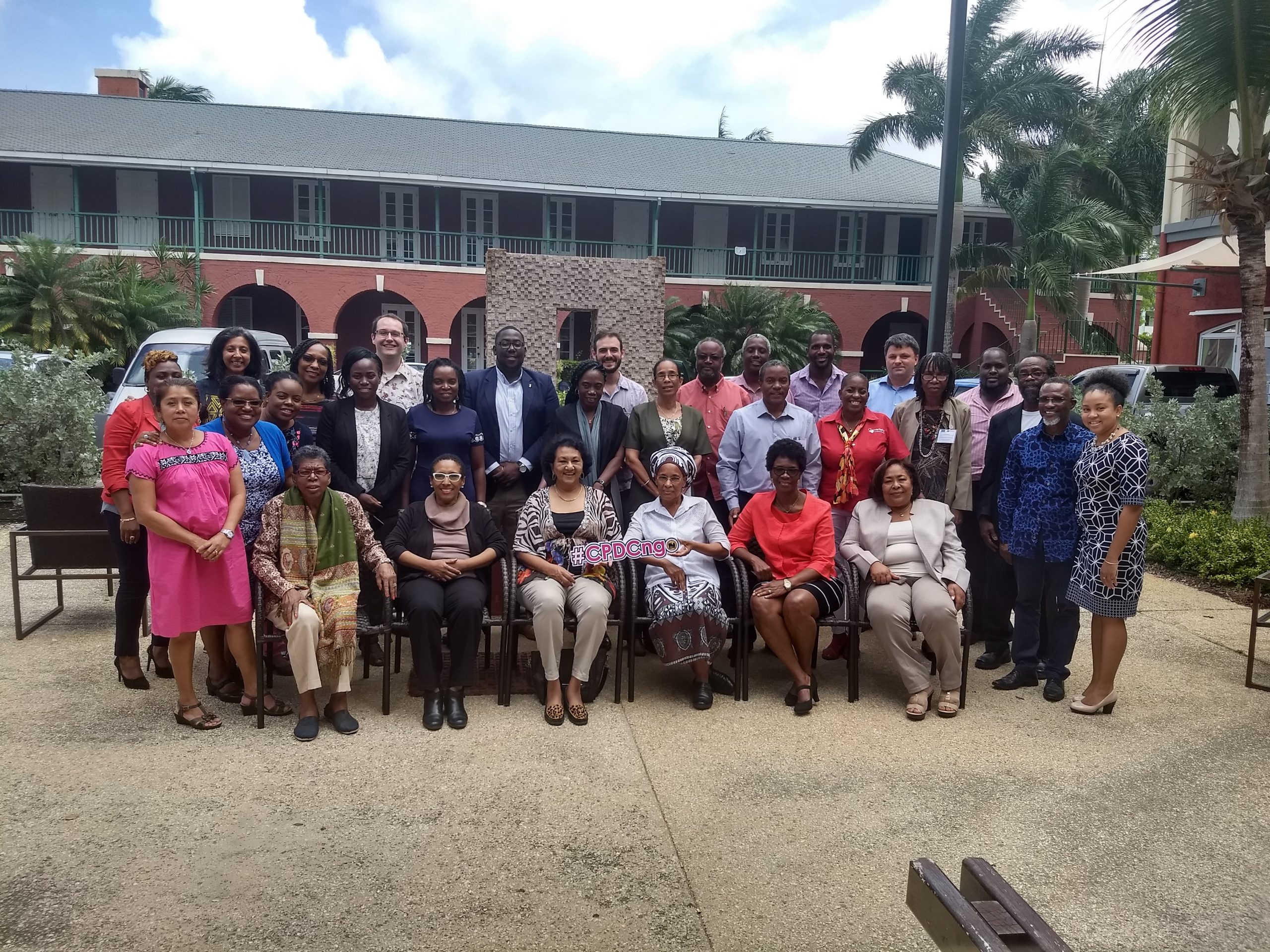 Caribbean civil society converged for debate and strategizing at the precipice of the Post-Cotonou negotiations, the latest in a series of trade deals between the European Union and the ACP (Africa, Caribbean, and Pacific) groups of states. The Post-Cotonou agreement would directly follow the existing Cotonou agreement, which itself replaced the Lomé Convention first agreed in 1975. A key objective of the meeting was therefore to contextualize Post-Cotonou negotiations in the regions’ experiences of previous trade and development dealings with Europe, including the Economic Partnership Agreements (EPAs). In this process, civil society outlined their priorities for the negotiations, and strategies they could undertake to influence the negotiations. The meeting was organized by Caribbean Policy Development Centre (CPDC), with the active collaboration of Regions Refocus.

Discussion first examined the economic structure of EU-ACP trade relations. The essential system of exploitation embedded by colonialism remains, fortified by trade agreements since Lomé. ACP economies are structured as primary commodity-export dependent, meaning their resources (especially natural resources) are extracted for the benefit of industrialized former colonial powers, rather than leveraged for development to the benefit of their own citizens. The cross-movement nature of the discussion enabled participants to attack this structure from angles of climate justice, women’s liberation, indigenous issues, and more; civil society highlighted how their respective sectoral issues were commonly rooted in this deeper macroeconomic structure.

This analysis of historical context becomes even more necessary in the face of new smokescreens and promises in the Post-Cotonou negotiations. Despite the inclusion of the SDGs (Sustainable Development Goals) and regionally-specific compacts, the overall EU mandate still seeks “undistorted” and “unrestricted” access to ACP resources, even expanding to new issues such as e-commerce and seeking to further ingrain an unbalanced free trade structure. Caribbean civil society mapped priorities for true economic transformation and tied these to the SDGs themselves, using this framework for their own needs. The multi-day discussion also surfaced concrete ideas on structuring trade for Caribbean development, such as a levy funneled towards regional development mechanisms and protections for natural resources.

Equipped with this common analysis, participants continued to identify promising platforms for policy engagement, such as the ACP Non-State Actors forum, or Non-State Actors Advisory Panels on the national level. Specific proposals were crafted for these fora that concretized civil society demands and layed out mechanisms to increase their influence. By the end of the workshop, a working group was formed to target key events for upcoming negotiations and facilitate intra-Caribbean cooperation. A smaller, cross-regional group formed in order to enhance cooperation between African, Caribbean, and Pacific civil society, in recognition of their shared position in the global economy and common goals in the Post-Cotonou Negotiations.