Annihilate Caste and Structural Inequalities in Implementing the 2030 Agenda 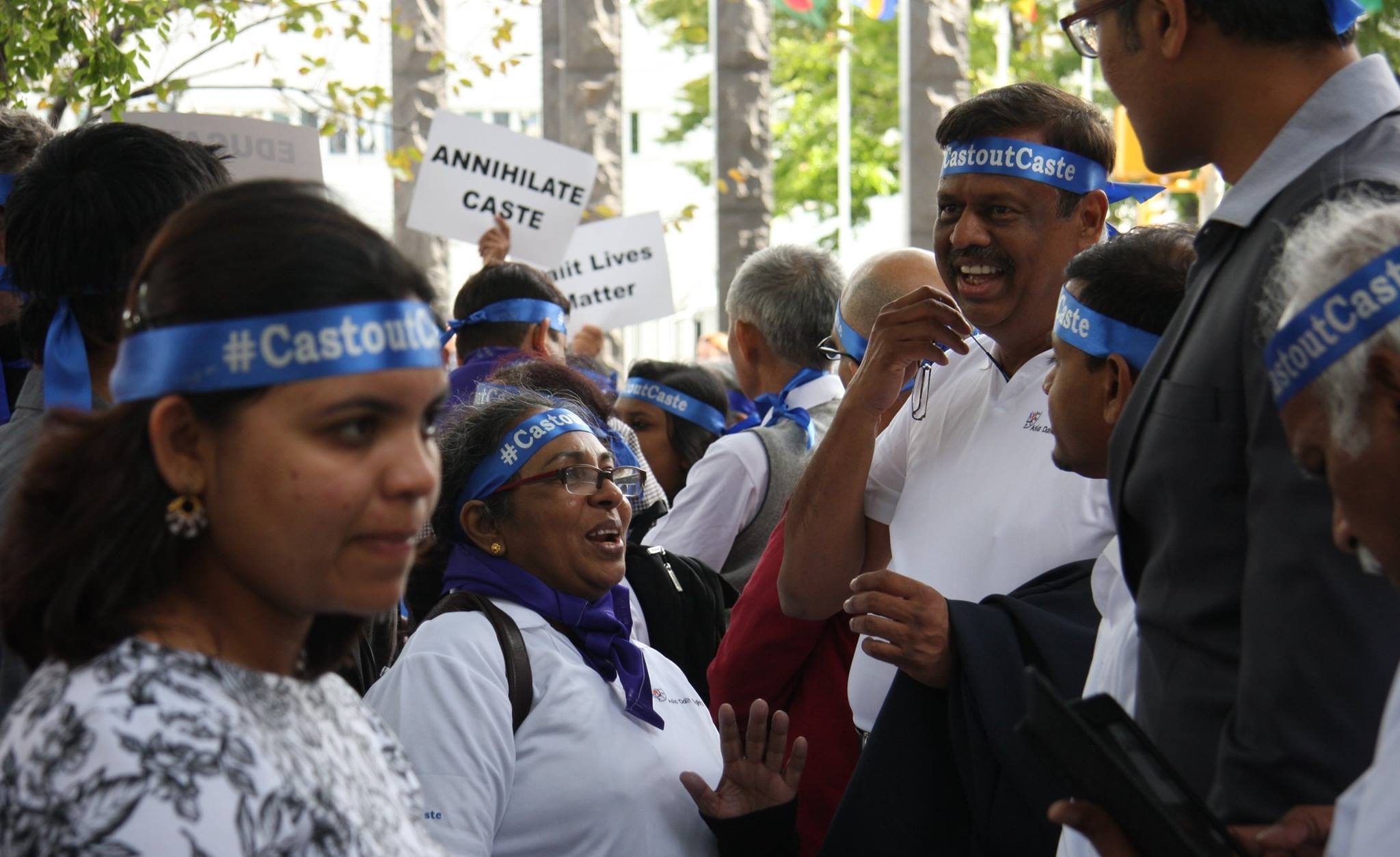 As global leaders converged at the United Nations Headquarters to adopt the 2030 Agenda for Sustainable Development, a delegation of 50 South Asian parliamentarians and civil society representatives convened to call for the national and international recognition of caste as a fundamental determinant of social exclusion. Asian Dalit Rights Forum (ADRF), Asia Parliamentarians Forum on Dalit Concerns (APDFC), and Regions Refocus convened a weeklong series of workshops, seminars, and roundtables, culminating in a Global Youth Summit, a celebration of Dr. B.R. Ambedkar’s legacy on his 125th birth anniversary, and a rally to “Educate! Agitate! Organize!” for Dalit rights in the streets outside the UN headquarters.

In South Asia, home to 25 percent of the world’s population and 40 percent of people living in poverty globally, caste-based discrimination is a dominant cause of social and economic exclusion. Caste is, as such, of critical importance for understanding and addressing social and economic inequality, as it manifests in the spheres of education and health for example, and compounds gender inequalities. Despite this, the 2030 Agenda failed to explicitly engage with caste-based exclusion. This week of policy advocacy, strategic activism, and solidarity-building offered participants from the sub-continent and beyond space to envision creative strategies to use the SDGs, particularly Goal 10 (Reduce inequalities within and among countries), as a tool to visibilize and address the discrimination and violence faced by the Dalit community.

As well as building solidarity between actors in the region, this convening created cross-movement synergy. For example, one vibrant exchange brought together US actors organizing around racial justice with Dalit activists to share experiences of oppression and build collective struggles for structural justice. The convening produced two important resources: a guide to UN Mechanisms on Caste and a map comparing existing policies on caste across South Asian countries.

UN Mechanisms and Caste: Discrimination Based on Work and Descent South Asian Policies on Caste Annihilate Caste and Structural Inequalities in Implementing the 2030 Agenda